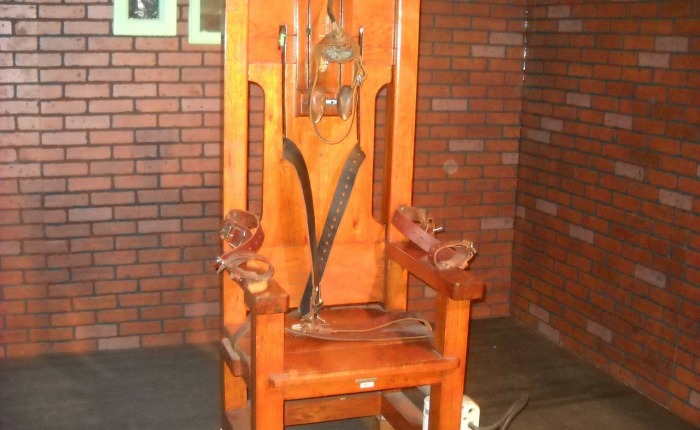 I oppose the use of capital punishment. I don’t live in a country that uses it: I’ve lived the majority of my life in Australia, which abolished capital punishment in all states by 1984, and last executed someone in 1967. I’ve also lived for many years in the United Kingdom, which abolished it in 1998, and last executed someone in 1964. But the death penalty is still widely used in some other countries. The United States executed 1,477 people between 1976 and 2018, and it is legal in 31 states. China executes several thousand people each year, although this is down from over 10,000 in 2002.

I don’t actually oppose capital punishment itself. It seems reasonable that some crimes might be so heinous that the death penalty is warranted, although I’m unsure what criteria should be used to decide. Certainly, the main theistic religions have historically permitted the death penalty. The Old Testament mandated it for certain crimes, provided two witnesses could testify to the accused’s guilt. There doesn’t seem to be a strong theological case against the concept as far as theists are concerned. Capital punishment seems against the precepts of Hinduism and Buddhism, but India uses it and so does Thailand.

What about pro-life beliefs and capital punishment? I am strongly pro-life with regard to abortion, but I don’t think pro-lifers who support the use of capital punishment are being inconsistent. You can, I think, oppose the killing of innocent human beings while supporting the killing of guilty ones. People can forfeit their right to life – for example, I accept that an assailant can be killed if self-defense requires it for preservation of one’s life.

Americans share my distrust of government. A recent survey showed that only 18% trusted the government to do the right thing most of the time.  Curiously, though, a majority of Americans still support the death penalty, which seems strange given their low level of trust in government. Perhaps they have a greater trust in the judicial branch?

Let me break down this lack of trust a little.

Firstly, I don’t trust the government to administer the death penalty without making mistakes. And mistakes are sometimes made. Since 1973, there have been 163 exonerations from the death penalty. I suppose you could say the system is working because people are being exonerated. But sadly, numerous people have been executed who are thought to be possibly innocent. We’ll never know for sure, because once they have been executed, there isn’t a clear path to establishing their innocence – courts and defense attorneys aren’t interested in defendants who are dead. It’s worth noting that for wrongful convictions we know about (in general, not specifically for death penalty cases), the leading contributory cause (over 80%) was due to official misconduct. Another major contributory cause was perjury or false accusation. So there is significant scope for miscarriages of justice with the death penalty, and once carried out, there is of course no way to compensate the defendant.

Secondly, I don’t trust the government to administer the death penalty fairly. You’d expect it to be applied consistently for similar crimes. It doesn’t seem to be. In fact, there is evidence that whether or not a defendant receives the death penalty for a particular crime is dependent on geography, race, mental illness, and poverty – factors that should not have any influence in a just process, particularly one that results in the defendant losing their life.

The error-prone and arbitrary nature of how the death penalty is applied should concern everyone who favors its use. Of course, these characteristics aren’t unique to capital cases – they are equally applicable throughout the justice system. But the consequences are particularly grave in capital cases, and once carried out, can’t be reversed or atoned for. Eliminating these flaws seems unlikely to be achieved. Given that life in prison without parole should be equally effective at preventing re-offending, offers more opportunities for rehabilitation, and is likely to be cheaper, there doesn’t seem to be a strong case for using it.